Made in US Sees Resurgence Amid Supply Chain Woes 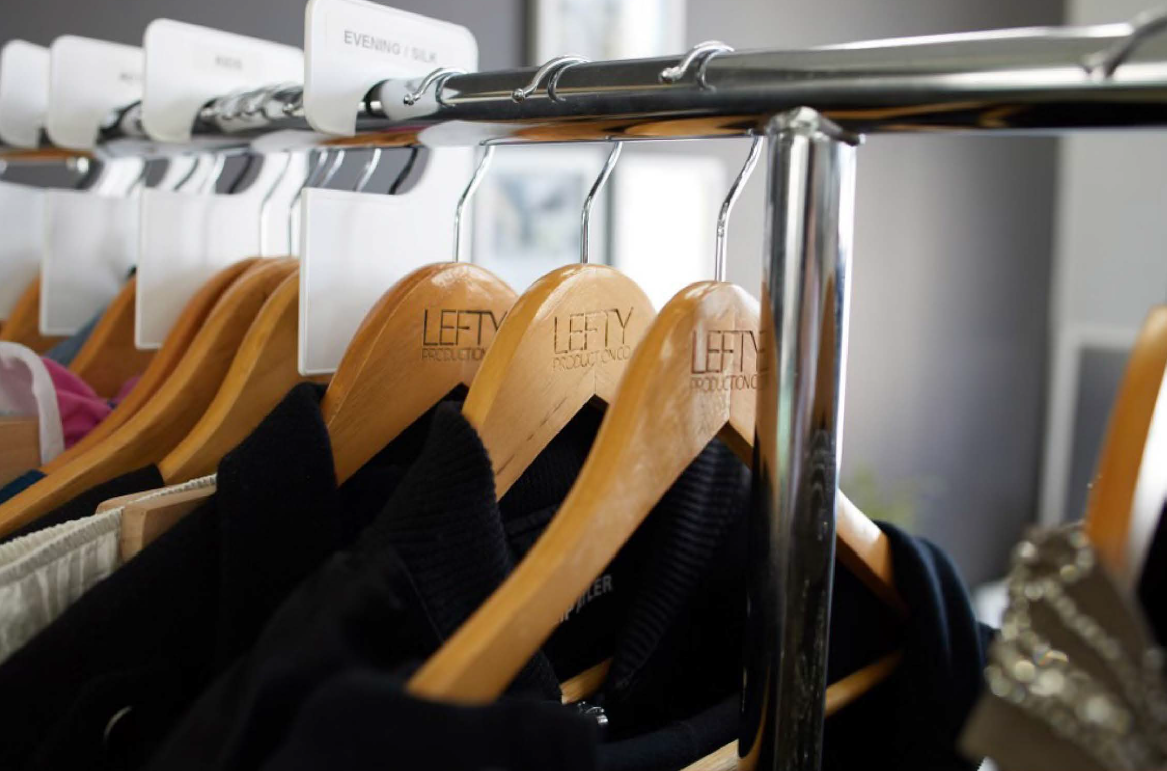 As lead times get longer and longer shipping from overseas, more brands and retailers are turning their attention stateside.

In a tale of opposites, dozens of ships idle off the coast of Los An­geles holding cargo, while the city's apparel producers are buzzing with activity.

Amid the supply chain crisis that has threatened the inventory of brands and re­tailers across the country, stateside shops have experienced a resurgence in industry interest not seen since the 1990s.

Many companies that have manufac­tured offshore for decades are refocusing their attention on American producers. Some are desperate to obtain product quickly after months of delayed orders and mounting costs. But others, sensing a sec­tor-wide sea change, are rethinking the val­ue of Made in the USA.

"The answer is yes-we're moving to an­other facility to increase our capacity as we speak," said Scott Wilson, president of US­trive Manufacturing, when asked if his busi­ness had grown amid the pervasive shipping delays and production slowdowns impacting overseas trade.

The Downtown, L.A. apparel maker is increasing its sewing capacity in an effort to prepare for the deals it has secured for 2022, Wilson said. "We've got a couple big brands that are coming back to the U.S. for the very first time, and it's pretty amazing," he added. "Some of these brands are very large, been around a long time, and are kind of iconic ­and they've never made a single thing here."

While some new clients are ramping up with UStrive slowly, committing to just a few SKUs for the coming season, others are "pro­jecting fairly large numbers for next year." Some have even cited an intention to move up to 50 percent of production onshore, Wil­son said. Business has also grown with exist­ing clients eager to capitalize on the bene­fits of their comparatively healthy American supply chains, their buy-in bolstered by growing shopper interest in domestically made products.

Players that have historically produced overseas are "scared to death to move, be­cause they're so ingrained offshore." Much of that fear comes down to price, he explained. But for the first time in his recent memory, Wilson said the sticker shock is not sending them running. Brands may be accustomed to the impossibly-low cost of foreign labor, but the landed cost of goods in 2021 has al­tered that equation.

"l ask them, 'What does that dress ac­tually cost you, after it's been delayed, and you had to air-freight it?"' Missed selling opportunities, deep discounts and balloon­ing spend on transportation have blown up brands' bottom lines, he said. Suddenly, a 30-percent price increase on production doesn't seem so menacing.

One of the only two zipper makers left stateside, UCan Zippers began seeing grow­ing interest in its products about five years ago, a representative told Sourcing journal. "Shorter lead times really help when you're in the garment industry," he said, especially amid a direct-to-consumer boom that places a premium on speed to market.

During the fall of 2020, the company began to notice a trend. "Brands were call­ing me and saying, 'Hey, 1 can't get my zippers from this [overseas] company,"' he said. "When you start receiving phone calls af­ter phone call with similar stories, it's easy to put the puzzle pieces together and real­ize that our very large competitor is having some major issues."

"We've inherited about 30 to 50 clients" to date, he added. "Their customers are jump­ing over to us."

"During this time of Covid, the infrastructure was so broken that people came to realize that we really do need manufacturing based here," David Roshan, president of La­guna Fabrics, a mill based in LA-adjacent Vernon, Calif., echoed. Over the course of the past year, companies have come to see the value in keeping their supply chains close, "both from a sustainability perspec­tive, as well as just to make sure that [suppli­ers] are able to deliver."

"Right now, we're seeing a lot of people come back that that we hadn't done business with in a long time," Roshan added. The company, which specializes in fabrics for mid-level womens-wear brands that serve department stores like Nordstrom, has seen major movement from both new and exist­ing customers. Laguna began expanding its operations in Vernon in the fall to keep up with the flow of new business.

"Deliveries out of Asia were so far out, and shipping costs kept moving up, and they weren't able to get goods-so they looked to the U.S., and we were able to produce," he said of his newly converted clients. The mill's typical turn time is between three and four weeks, a far cry from the seemingly interminable waiting periods many brands experienced during 2021. "Yarn was on the floor, machines were running and capacity was available," he said. "So it was an easy de­cision for some."

While business is blossoming, it hasn't been all roses, Roshan said. Despite a newfound industry appreciation for Made in the USA, there is still a massive dependence on off­shore suppliers for the parts and pieces that make up those products.

"We're a novelty house, constantly creat­ing new fabrications in different stitches," Roshan said of his COTS-certified operation. While the mill is able to source some basic cotton yarns domestically, Laguna relies on overseas manufacturers for specialized fibers and blends not produced stateside.

Despite the proximity to their end mar­ket, American producers are finding that some essential components and materials they need to deliver on orders are out of reach-in a container stuck at a port, or on a vessel a world away. "We tried to look ahead, and we purchased a lot of yarn, stocking up to try and get ahead of the supply chain is­sues," Roshan said. "But it's a challenge, and we're getting caught up in the shipping de­lays like everyone else."

"Even if something is made in America, there's so much that might not be made in America, like a zipper or the elastic or some other component," Marta Miller, owner of L.A.'s Lefty Production Co., told Sourcing journal. "We're starting to see crazy shortag­es-or crazy prices-on those things."

When the price of elastic jumped nearly 40 cents per yard earlier this year, Miller saw the writing on the wall. She decided to invest a "chunk of money" into the essentials, fill­ing a storage unit to the brim with materials, cardboard boxes, packing supplies, and other items in short supply.

"We can't get wooly nylon thread, which is what we make leggings out of," she said. "And you can't find a YKK zipper anywhere." Com­petition for such commodities is fierce, she added, and reminiscent of the "panic mental­ity" that had shoppers stocking up on toilet paper during the early days of the pandemic.